Heritage for the future

[info_success]Este manifesto foi elaborado polo escritor Suso de Toro e asinado durante o proceso da Candidatura do Patrimonio Inmaterial Galego-Portugués ás Obras Mestras do Patrimonio Inmaterial da Humanidade presentada na UNESCO o 18 de novembro de 2004 por Ponte…nas ondas![/info_success]
The most advanced place in Europe, in the northwest of the Iberian Peninsula, where the Suevi established the first kingdom inside the Roman Empire, was always a densely populated place. Previously a Celtic culture flourished here, the culture of the castros (hill forts). It is an end of the world where successive waves of peoples came, those people arrived here and decided to stay, since they could not continue beyond the sea, that sea where the sun died every evening. It is a corner of Europe that is not a passing place, but a mould where diverse elements were continuously assimilated. The culture of this place is marked by the contradiction between the land and the sea: the Eurasian continent and the Atlantic Ocean. By land, cultural waves arrived always from the East, the bronze, the iron, Rome, the Suevi, the Holy Empire…; by sea the Greek and Roman arrived here, but especially the inhabitants of this Northwest corner travelled and traded through it. 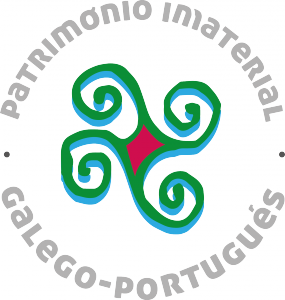 As this “edge of the world” was poorly communicated, the historical cycles lasted longer: the History was lived more slowly. In many ways, a distinct culture of the Northwest is a synthesis of the roman civilization. The languages of this zone are still very close to their Latin origin. There is also an anthropological echo of the Germanic roots, which set up a feudal world at that time and that remained like a world view in the popular culture. Through the Route of Santiago, a stream of European culture arrived at this Northwest, from Charlemagne to the Reformation and Counter Reformation.

The most specific from us is precisely the most profound European culture. What is still preserved beyond the historical time, for us also belongs to this contemporaneous world that adult and children live.

Children are precisely the centre of the project that we support. The project requires first of all stimulating the esteem for our rich and complex cultural heritage and also the curiosity for knowing our neighbours across all boundaries. Respect for the recognition both our own and others’.

About this purpose of educating generations that know how to live in their own time being loyal to their past, we want the whole world to recognize the oral Galician-Portuguese traditions by means of the inscription on the Representative List of the Intangible Cultural Heritage by UNESCO. A rich literature of oral tradition, the maritime culture that maintained the links between both communities, the community spirit present in the traditional agricultural activities and the playful, festive and leisure expressions. All these fields cover a common culture that satisfies the conditions established by UNESCO: being a culture still alive but in danger of disappearance and rooted in a tradition with manifestations of excellence.
If we achieve this proclamation we will be valuing the traditional culture, which has an enormous density here, as an element of dignity, pride and as a distinguishing mark. It will have positive effects in the endogenous and sustainable development in the whole territory where this culture is expressed.

The culture that was born in this territory, with this proclamation, will be a matter of pride in the whole world through the people and countries from which this identity is made up.
This manifesto was produced by the writer Suso de Toro and was signed during the process of the Candidacy for Intangible Heritage Galician-Portuguese to the Masterpieces of Intangible Heritage of the Humanity presented in UNESCO on the 18th November 2004 by Ponte nas ondas!

This manifesto is still in force at the present time to support now the inscription on the Representative List of the UNESCO of this common heritage.
If you want our heritage to be registered, sign, share and spread this manifesto.

Ramón Chao – Journalist and French writer (born in Galiza).
Knight of Arts and Letters by the French Government in 1991.

Manu Chao-French artist (of Galician origin)
The Galician-Portuguese intangible heritage is present in some of his compositions.

Ignacio Ramonet – Professor (born in Galiza)
Editor-in-chief of Le Monde diplomatique
PhD in Semiotics and History of the Culture by the Ecole des Hautes Etudes in Sciences (EHESS) Paris
– Professor of theory of communication, University Denis-Diderot (Paris-VII)
– Founder and president of the Non-Governmental Organization ATTAC
– Founder and president of the Non-Governmental MEDIA WATCH GLOBAL.
Promoter of the WORLD SOCIAL FORUM in Porto Alegre.